Research shows that top ways for dealing with your roommate’s strong smelling or even stinky food are:

Please read this article for the full list and how to do them.

Does your roommate’s food have a strong smell or is stinky ? Is it unpleasant or even making you sick? Here are 8 ways to get rid of odors from your roommate’s cooking .

How do humans smell

Human noses have about six million olfactory sensory neurons (smell sensors). That’s six million places for odor molecules to stick to. Every time you inhale (breathe in), odor molecules enter your nose and stick to some of your nose neurons, creating what we call ‘smell’.

Nature has programmed us to react to different groups of smells differently. For example, the smells in a bakery are usually pleasant for most people. However, strong smells, like those when your roommate cooks stinky food , might smell so bad that they hurt.

Also, not all smells stay around for the same amount of time. The more concentrated a smell is the longer it stays. Think of smelly odors such as cat pee and rotten eggs or very sweet odors such as cotton candy and sugar donuts.

Why should I have to suffer when my roommate cooks smelly food ?

The best answer I found was someone who said that they really liked their roommate who has been super accommodating about other things. It was just the odors from the roommate’s cooking which were making them really sick .

The idea of getting another roommate was off the table and the idea of living alone was too expensive.

Perhaps you’re in a similar situation?

And here’s an important point: what smells delicious to one person may smell positively stinky to another.

I remember one roommate who loved eating Roquefort cheese. For anyone not familiar, that’s a kind of blue cheese with mold.

For my roommate, that was a smell to die for. For me, I could almost have died from the smell.

But since I really liked my roommate otherwise, we figured out a way to manage.

So, here are 9 of the best ideas to combat your roommate’s smelly food odors .

1. Get rid of odors from your roommate’s cooking real time.

Send those stinky odors outside as quickly as possible. Does your stove have a vent? Use it. A stove fan? Get your roommate to turn it on before they start cooking, instead of only once they have started cooking, and the smell has already spread.

Air conditioners can also remove strong smells from the air—just remember to change the filter often.

2. Keep stinky smells in their place. There’s no reason why strong smells need to be everywhere in your home when your roommate is cooking strong-smelling food.

First and foremost: close the kitchen door (if there is one).

Next, close as many other doors as you can (bedroom, bathroom, closet/cupboard, etc.).

Doors to rooms with fabrics are most important. Hard surfaces do not absorb odors easily but fabrics do. Once the smells get into the fabric, it takes a lot of work to get them out.

I was hoping to recommend a product such as Febreze to do the job, but from what I have found, sadly, it seems not to be strong enough.

3. Replace strong smells with others. 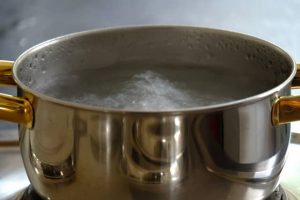 We found many suggestions for flooding your smell sensors with odors you like.

Nurses have to deal with stinky smells every day. This article gave several nurses’ pro tips :

You can use  specific advice for specific smells , also mixing and matching these suggestions for any stinky smells you want to get rid of.

4. Keep a lid on your roommate’s smelly foods . Make it a rule that all stinky food (yours and his) needs to be kept in good containers.

There is nothing worse than opening the fridge door and being hit by a smelly blast of air! (Remember the blue cheese I spoke about earlier… YUCK!)

Good containers will keep the strong smells inside, so the fridge stays relatively odor-free.

Top tip: Keep an open box of baking soda inside the refrigerator to catch any ‘loose’ smells that have escaped. Replace every month or two.

If you live in a large home, you probably can be in another room while your roommate is eating her smelly food . But what about a dorm room?

I read a story about a roommate who lived in a “tiny dorm room, so there was probably only 6 feet between them and their roommate. The odor from the writer’s roommate’s food literally made the writer sick to their stomach. They often had to spend the entire day outside of the room because of the food their roommate brought in”. ( source )

Top tip: Agree with your roommate to use ideas from #3 above after eating so that everything smells nice again. 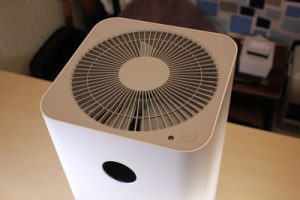 An air purifier can do a lot to help keep the air smelling sweet even if your roommate’s food smells .

The New York Times (NYT) is known for its objective product evaluations. Wirecutter is a division (part) of the NYT. You may wish to begin by looking at the Wirecutter 2019 Air Purifier Buying Guide .

From what I’ve seen, the average price of a good air purifier is about $250. Could you handle half of that cost?

Keep in mind…an air purifier does more than get rid of stinky food odors. It also reduces the amount of dust, mold and pollen in the air—healthier air for everyone and great news for people with allergies.

If your home has a pet, your air purifier can reduce pet hair and dander (skin flakes your animal sheds). This keeps your home cleaner and better for those allergic.

Ozone is not safe for humans, animals, and plants to breathe. When the ozone generator is working, people, pets, and plants need to be out of the home.

It also causes metal to rust. Cover them with a bag or tarp. (It’s not so friendly to paper either.)

So, you need to be very careful when using an ozone generator.

However, as the research shows, “if you run it in the kitchen, your kitchen will smell as if you’ve never cooked in it. That curry smell, possibly seafood and more, will be gone. It will be gone from your curtains and cabinets, as well as your table and chairs”. ( source )

So, your roommate’s smelly food does not stand a chance.

To use an ozone generator

Step 2: Cover all metal and paper. If anything is particularly precious to you, best bet is to remove it from your home.

Step 5: If your ozone generator has a timer, it will shut off the machine automatically. If not, when your timer goes off, cover your nose and mouth with a mask and/or towel. Go into your home and shut off the generator.

Step 6: Leave again immediately. It takes 1-2 hours for air inside your home to return to normal, breathable, oxygen.

If odor molecules can’t get into your nose, they can’t reach those six million smell sensors. So, you won’t smell anything.

Using a pair of nose plugs, nose clips, or breathable air filters may help. Each option reduces the amount of smells you will notice. The main difference is how much you will be able to continue breathing through your nose.

From our research, nose plugs, nose clips, or breathable air filters are an effective, short-term solution.

My colleague, Ian who also writes on this site trained himself to breathe through his mouth and not his nose, which works perfectly for him—unless he has a cold…